Today we would like to share with you more information on the people behind Ride Safe, LLC: Chad and Stephanie Davis. Ride Safe was developed from a need for better safety when riding and if an accident were to happen.

Chad and Stephanie Davis are equine sports medicine veterinarians located in northern Virginia. As an Eventing competitor, Stephanie found a need to replace the medical armbands that were required during the jumping phases of the sport. Other than not being very comfortable, they are hand written and rarely updated. Because Chad has been very involved in the sport of cycling in the past, he had experience with medical bracelets that were used for cyclists. They have adopted this idea for the equestrian community. 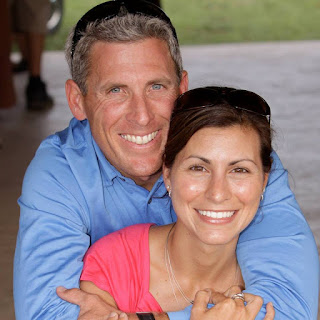 Dr. Chad grew up in southern California where his experience with horses started with all types of breeds and disciplines. He graduated from Ross University’s College of Veterinary Medicine in 2008 and his final clinical year was spent at Virginia Tech in Blacksburg, VA. He was then hired as an associate veterinarian at Clarke Equine Wellness & Performance where he worked for several years. He now owns his own veterinary practice together with Dr. Stephanie Davis, aptly named, Davis Equine. Dr. Davis spent many years as a veterinary assistant and working in the pharmaceutical side of the veterinary business before attending veterinary school. He has been involved with many sports (show horses, Arabians, and quarter horses) and has been exposed to a wide variety of aspects of the horse industry In addition, Chad spent many years training as a professional cyclist, racing his bike all over the US.

Dr. Stephanie grew up in Indiana as an avid eventer. She continued her eventing career while in college, attending Indiana University and Otterbein College in Ohio and competing her mare, Music, through the one star level. After graduating in 2002 with dual majors in Molecular Biology and Equine Pre-Veterinary Sciences, she worked as a phlebotomist (in a human hospital) and spent time training as a farrier’s apprentice. Her experiences served her well when she went on to Ross University School of Veterinary Medicine. While in school she enjoyed traveling, including trips to India, South Africa and Thailand. She returned to the U.S. and completed her clinical rotations at the Virginia-Maryland Regional College of Veterinary Medicine. Stephanie spent two years working at the prestigious Virginia Equine Imaging, and 3 years at Clarke Equine Wellness & Performance. In September of 2013, she became co-owner (along with Dr. Chad Davis) of Davis Equine. Chad and Stephanie service all types of horses no matter their job description, but focus especially on the performance horse. Dr. Stephanie continues to consult for HAYGAIN hay steamers as well.

Chad and Stephanie live in The Plains, Virginia with their horses (Music, Cooley Quality Q, and Rani), greyhound (Siri) and two cats (Taylor and Smidge). They are also expecting their first child together this summer! Their hope is that all riders of all disciplines use these bracelets to RIDE SAFE! Learn more by visiting: www.teamridesafe.com 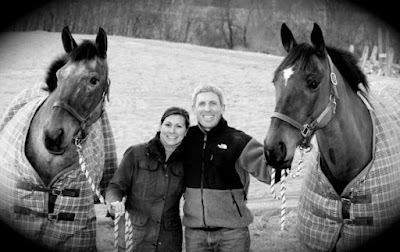 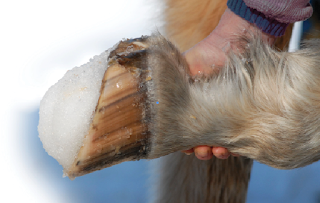 4 Easy Ways to Ice-proof Your Horse's Hooves This Winter 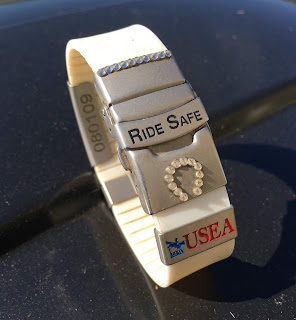 Ride Safe, LLC
RIDE SAFE is a sports medical ID bracelet that is designed to be worn all day every day by equestrians on or off the farm working with or around horses. In addition, it is also designed to eventually replace the current medical armbands worn in eventing to create an easier and more comfortable medical ID.When an emergency happens, time is critical and the RIDE SAFE ID bracelet will allow first responders, friends, and family immediate access to your secure medical history and contact information to facilitate rapid medical response and therapy.